Producer Jesse Collins Shares His Path To Becoming a B.O.S.S. 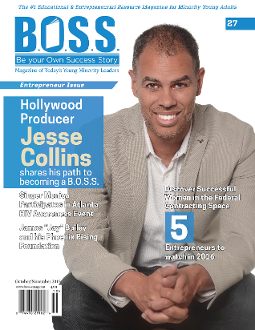 Jesse Collins, the go-to producer for the BET Awards, BET Hip Hop Awards, UNCF An Evening of Stars, BET Honors, Soul Train Awards, and executive producer of the mega-hit TV series Real Husbands of Hollywood starring Kevin Hart, has made a name for himself in the world of television and entrepreneurship. Read about this NAACP Image Award winner’s untraditional path to becoming the B.O.S.S. of his own production company and his life!