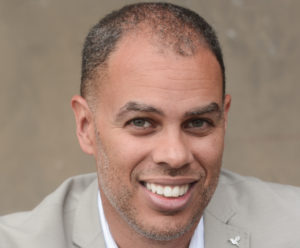 Collins is the executive producer of the critically-acclaimed film, The New Edition Story, a biopic on the boy band that first aired as a 3-part mini-series on BET in January 2017 and posted record ratings for the network and attracted nearly 30 million viewers.

Also on the scripted side, Collins executive produced the company’s most recent limited TV series, The Bobby Brown Story.  The mini-series picked up where The New Edition Story left off and chronicled the talented but troubled singer’s exit from the popular ’80s boy band through his solo success and tabloid-fodder marriage to pop icon Whitney Houston.  Spanning 30 years of Brown’s life, the series followed his story from the hard streets of Roxbury, where he turned to a life of drug dealing before being given the chance as a solo artist.  Also a story about redemption, the singer learns to be a better man, husband and father through sobriety — finding love again and remarrying in 2012.  It debuted on BET in September 2018 as the highest rated non-tentpole program on BET since The New Edition Story aired the previous year.

The company’s current TV series is American Soul, the story about the struggle to make the dream of Soul Train come true.  Set in the early 70’s, filled with music, dance, fashion and glamour, this is the untold story of the launch of the first nationally-syndicated Black music show and what happened when the music stopped. Battles with record labels for top talent, off-camera drama as young dancers vie for the spotlight, stand in the way of a 30-something Don Cornelius who is sacrificing all that he loves to follow his dream. The journeys of these characters collide in a racially charged LA with the odds stacked against them. The series ended its first season as the #1 new cable scripted drama for African Americans 18-49 and is set to air its second season for BET in 2020.

On the unscripted side, Collins and his team have also produced award-winning programming including the BET Awards, BET Honors, UNCF’s An Evening of Stars, ABFF Awards, Soul Train Awards, Love & Happiness: An Obama Farewell, Black Girls Rock! and the BET Hip Hop Awards.  Collins is also a producer for the iconic Grammy Awards and executive producer of VH1 showsDear Mama and Hip Hop Squares, HBO’s Amanda Seales I Be Knowin’, BET’s Sunday Best and its upcoming shows—Netflix’s Rhythm & Flow and CMT’s Nashville Squares.

Collins has appeared on the cover of Vibe magazine and has been featured in numerous publications including Billboard and Ebony magazines.